On August 27th we regrettably posted that the Gilbert Days Parade would be canceled for the first time in its 3 decade history. However, increased funds in the form of parade sponsorships, and decreased costs allowed the long standing tradition to continue.

There are some major changes that participants and attendees of the parade should be aware of. To cut down on parade costs, the distance the parade travels has been cut in half. The parade will now start out on Guadalupe road and run to Hackmore Street. Because of the shorter distance money will be saved on police monitoring, road blocks and trash containers. Also paved school district lots will be used to stage parade participants instead of the dirt that was used previously. This will cut down on costly dust mitigation.

The Gilbert Town Council voted last night 7-0 to put the parade back on due to the new funding received by the parade committee. The next hurdle is getting word out that the parade is still on. So tell your friends and enter your business to be in the parade for only 250$ this Nov 14th!

Enjoy 4th of July festivities at Mesquite High School in Gilbert, AZ starting at 4pm with family fun activities and fireworks around 9pm 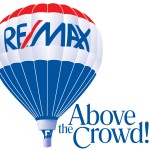 This Saturday, February 28th, we will be having a free tethered balloon ride from 9am-noon in the park behind our office at 725 W Elliot Rd in Gilbert. The RE/MAX balloon will be set up in a large park that is located directly behind us. If you can attend please visit our RSVP page and let us know how many will be coming.

We want to thank all of our clients for their support over the last 15 years and this is just one fun way in which we can do that. We look forward to serving you, your friends and family for the next fifteen years.