How Millennials Are Changing The Gilbert Housing Market 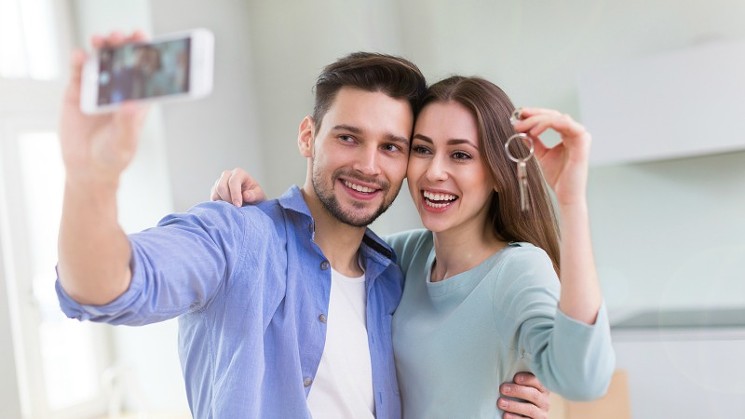 So it seems like millennial might be buying homes after all.  The younger generation dubbed as millennials have been a punching bag for older generations on many topics over the years, and home ownership is no exception. Millennials are known to stay home longer, rent instead of own and move around frequently.  However recent survey data is showing that our young troublemakers may be starting to grow up.

A study from the Urban institute shows that 7.1 million people aged 25 to 34 now own their own homes.  This is 37% of the millennial population.  Not only that but nearly 60% of millenialls now aspire to own a home.  This is a very big change from recent surveys.  So what do these new statistics mean for the Gilbert housing market as a whole?

Home ownership was once frowned upon by millennials.  While older generations looked down on them for it, it made sense for a couple of different reasons.  The biggest reason is that they couldn’t afford it.  While the federal reserve states that inflation is at 2% annually they must not be including housing when they release that figure.  Housing has become increasingly expensive over the last few decades and to young adults entering the workforce saving up 20% for a down payment can seem like an impossible goal.  In fact, According to a 2019 home affordability report it will take new entrants into the workforce an average of 14 years to save up 20% for a down payment.  That is a staggering number and it is easy to see how millennials could get deterred and just assume home ownership is not for them.  Secondly, owning a home means putting down roots.  When you buy a home you typically need to stay in the home for 2 to five years to make the investment worth it over just renting.  For a young single person or even a young couple that isn’t sure where they want to end up, a 1 year lease may seem like a more favorable option than a long term housing commitment.  millennials also came of age through the great recession of 2008 that was caused by massive losses in the housing market, this could also have a negative effect on their willingness to take a risk on a huge asset such as a house.

While we have seen a drastic rise in home ownership in millennials it may not all be roses quite yet.  The same study also showed that of the 37% of homeowners from the age of 25 to 34, that 63% of those homeowners regretted purchasing the home and had wished they had rented instead.  Some of the reasons that the respondents cited were unaccounted for expenses.  When you rent a home you know what your monthly budget is going to be for housing.  When you own a home you can have unexpected expenses that many first time buyers were not adequately prepared for.  At The Reeves Team, we make sure to prep first time home buyers on some of the expenses they can expect.  It is important to know what shape a homes roof is in when purchasing as well as having the rest of the house inspected for common concerns such as Air Conditioner or pool maintenance that may be in the future.  Another reasons home buyers regretted the purchase was due to the fact they had to sell sooner than they had anticipated.   Many jobs require frequent relocation, and we live in a world that is becoming more and more transient with multiple reasons we may need to leave the place we planned on being for the foreseeable future.  Because there are large overhead costs with purchasing and selling a home this can be a real negative when homeowners decide to sell sooner than they anticipated.

So what do you think?  Is it a good thing that millennials are starting to get excited about home ownership?  Or are you still skeptical based on how many of them resent their home purchase?  Let us know in the comment section below!