How Will The Trump Trade War Affect The Gilbert Housing Market 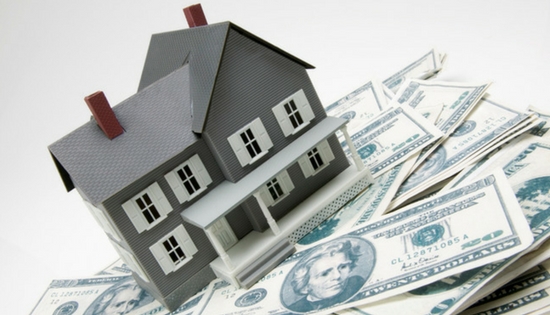 There has been no lack of drama surrounding the trade war with China.  At first many Americans believed the trade war would be over quickly and China would give into the demands of President Trump.  The stock market and home prices were largely unaffected in the beginning. As the tariffs on Chinese imports continued to rise there was more market volatility but it always seemed as though a deal was around the corner.   Now that talks have broken down and the tariffs have been increased to 25% more people are starting to believe we are in for the long haul on the China trade war. At The Reeves Team we are frequently asked for our opinion. So if we are in for a long trade war how can we expect this to affect the housing market and the Gilbert housing market in particular?  This is a complex issue and we are in some very interesting financial times.  What we mean by that its possible bad news for the housing market could actually end up being good news, at least in the short term.  Confused?  We will explain.

First, lets put this into perspective.  There are direct effects that the trade war will have on real estate, and there are indirect effects.  The direct effects caused by the tariffs are the cost of material goods needed to build new houses as well as the goods needed to remodel existing homes. Rob Dietz the chief economist at the National Association of Home Builders stated that the new 25% tariffs will cost home builders an additional 2.5 billion when funding the construction of new houses.  This cost will need to be passed on to the consumer in the form of higher home prices which could in turn lower the amount of home sales and slow the economy further.

Some of the indirect effects the trade war has on housing prices is the increase in uncertainty.  Across the country over 12 million people plan on selling their primary residence within the next year.  Among those 12 million homeowners 44% of them said the trade war has made them consider selling their home earlier than anticipated to keep from losing value if the trade war continues.  If many homeowners decide to sell and the market begins to get saturated with homes you will see the prices start to dip and houses staying on the market longer.

What happens if the federal reserve lowers rates?

So we have laid out the reasons why a trade war could hurt the United States economy, and in normal financial times this would be it.  Its fairly obvious that tariffs on foreign goods from China and negative sentiment from homeowners can only be a negative right?  Well not so fast, it turns out we don’t live in normal financial times.   With the federal reserve seemingly eager to cut rates the trade war and the resulting slowing economy may give the federal reserve the ammunition that they need to decrease rates.   I know what you may be thinking, didn’t the federal reserve just increase rates multiple times last year and promise three more cuts in 2019?  If that is what your thinking you would be right, however it seems like they are set to do a complete 180.  Many economists have estimated the fed may cut rates up to 3 times over the next year.  So how does this affect homeowners?  Great question! Well the primary way it will help homeowners is that buyers will be able to pay more for houses because interest rates will chew up a smaller amount of the payment they can afford.  The second way that it will help home prices is that lower interest rates tend to help spur economic growth and will help with consumer confidence.  So we may be in a rare situation where good news is good, and bad news is good.  If there is a trade agreement announced that should be good for the overall housing market, if the trade war drags on and the fed cuts rates that could also be good for the housing market.

So what do you think?  Are we in a win/win situation?  Let us know in the comments section below.