Gilbert among one of nation’s fastest-growing towns

In a recent article in the Arizona Republic newspaper, Gilbert was named as one of the nation’s fastest-growing communities in 2013. Gilbert for the first time is estimated as the Valley’s 5th most-populous community, just slightly above Scottsdale.

The article went on to say that according to Census Bureau data Gilbert’s population rose to an estimated 229,972 people in July 2013, up from about 221,000 the previous year.

That 4% growth rate made Gilbert the 12th fastest-growing municipality in the U.S. last year.

Even though Gilbert has experienced rapid growth over the last two-and-a-half decades, it has held onto its designation as a town rather than a city, making Gilbert the most-populous town in the nation.

As a Gilbert homeowner, you have the “small town” feel with a lot of “city” amenities close by. Gilbert has several community parks to enjoy, several dining & entrainment choices and as we can see from recent announcements several choices for schooling & employment opportunities.

Gilbert homeowners also enjoy several annual activities that the town hosts. One being the Hot Air Balloon Classic. Troy Reeves & The Reeves Team were proud sponsors of that event this year.

Please take a look at this past blog on the Hot Air Balloon Classic. 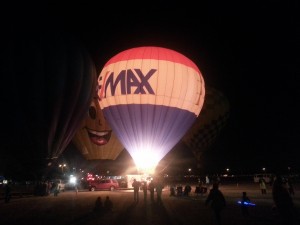 Here is a past blog with more details on the Gilbert’s Day Parade.

As a Gilbert homeowner you become part of a great town that has a lot to offer. Please check back for more announcements of upcoming events & happenings in Gilbert, Arizona. Here at The Reeves Team we always like to pass on information on things to do and the ever changing real estate market.