Believe It! Data Shows Selling a Home in Winter Pays Off 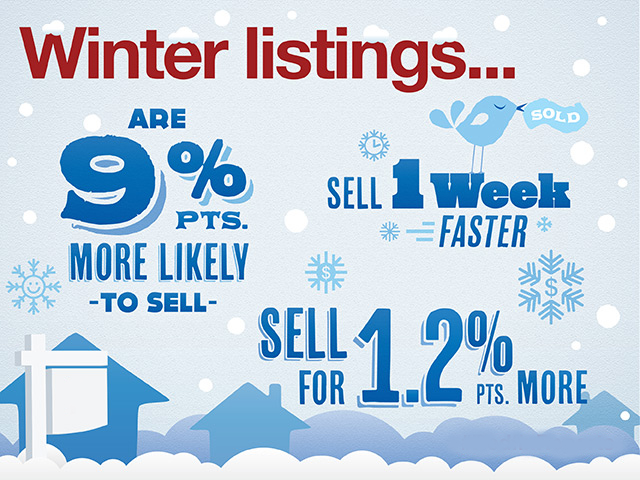 If you’re waiting until spring to put your home on the market, you’re going to want to take a look at these numbers. Data of homes listed from March 22, 2011 through March 21, 2013 was analyzed by Redfin, and they found that those homes listed in winter have a 9 percentage point greater likelihood of selling, sell a week faster, and sell for 1.2 percentage points more relative to list price than homes listed in any other season. Here’s a breakdown of the key selling metrics that were looked at in the study: 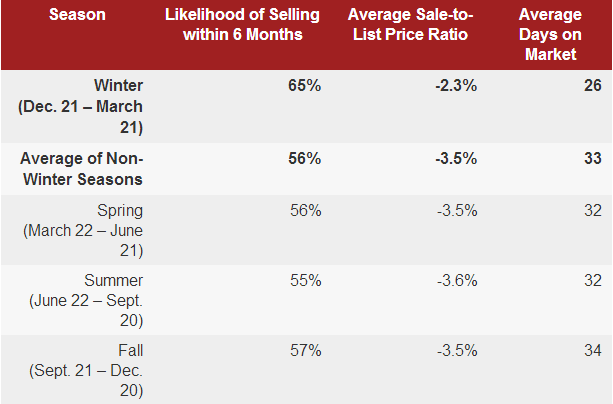 The data contradicts the popular sentiment that selling a home during winter is more difficult because there are fewer people looking to buy. Further, the advantage of selling a home in winter holds true in temperate climates as well as those with harsh winters. In each of the 19 markets analyzed in this report, with Phoenix coming in at #1 on the list. 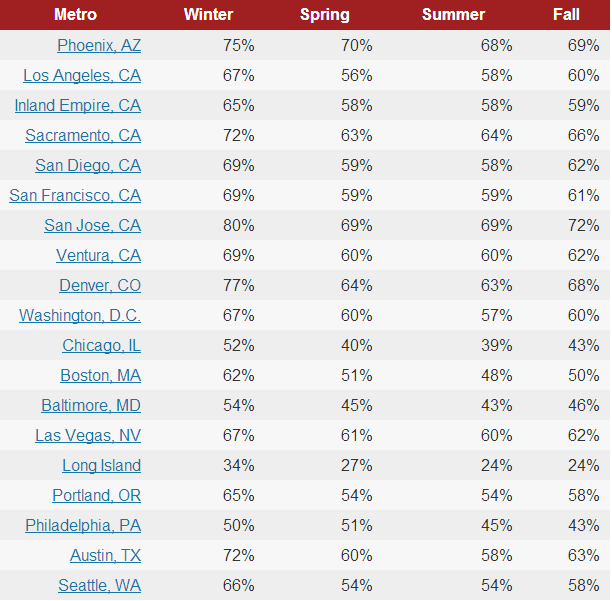 Many Home Buyers Hibernate for the Winter, But Serious Shoppers Stick Around
It’s true that many home shoppers stop looking during the winter, and there are several reasons why. Some don’t want to go on home tours when the roads are slick, others want to wait until more homes come on the market in spring, and many don’t want to change their children’s school mid-year. However, those who do need a home during the winter season are the most serious, often looking to move because they need to, not because they want to. This can put the seller in an advantageous position if they are flexible with the timing.

There are plenty of people who need to buy a home in the winter, whether it’s because of a job relocation or major family change, like a new baby. These buyers want to get into a home quickly, and are sometimes willing to pay top dollar.

An anticipated rise in mortgage rates is another reason why it may be advantageous to list your home this winter. The Federal Reserve has signaled that it plans to start reining in its stimulus program ‘in the coming months,’ which will push mortgage rates up. For many buyers, this expected policy change is motivation to strap on their boots and find the right home before rates increase, regardless of the cold weather.

So did these facts blow you away? let us know your thoughts in the comment section below.

If you’re planning to list your home this winter give The Reeves Team a call today.