Apple Is Opening Large Facility In The South East Valley 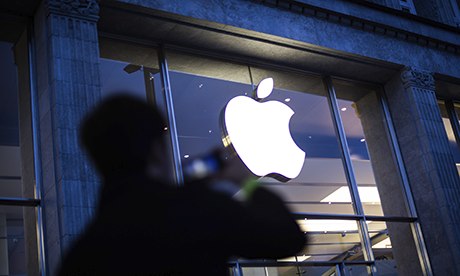 Arizona is showing its strength again as a leader in the business world, as the worlds largest tech company Apple has just announced plans to build a massive engineering plant in the South East Valley.

“This is a large structure,” Mesa Mayor Scott Smith said, “It’s larger than a regional mall where we all go shopping. That’s a lot of square footage. It’s gotta be built out so that it can be a manufacturing facility.”

With the large facility Apple is to create 2,000 manufacturing, engineering and construction jobs at a the new plant. The technology titan is beginning to shift production back to the United States. While Apple is known for its secrecy, the speculation is that the renewable energy powered facility in Mesa, Arizona, will produce laboratory grown sapphire crystals of the kind used in the iPhone 5S fingerprint scanner.

“Apple will have an incredibly positive economic impact for Arizona,” said governor Janice Brewer. “Their investment in renewable energy will also be greening our power grid, and creating significant new solar and geothermal power sources for the state.”

Run with solar and geothermal energy, which uses heat from deep underground, the plant has been designed in collaboration with local utility Salt River Project.

The building will be owned by Apple, while the furnaces will be supplied by GT Advanced, with a $578 down payment from Apple which will be reimbursed over five years starting in 2015 and is understood to come with certain exclusivity rights.

Demand for industrially produced sapphire has rocketed since Apple began using the material to protect camera lenses in 2012, according to research firm IHS Suppli. The deal will help Apple secure control over a scarce resource.

“We are proud to expand our domestic manufacturing initiative with a new facility in Arizona, creating more than 2,000 jobs in engineering, manufacturing and construction,” Apple said in a statement. “This new plant will make components for Apple products and it will run on 100% renewable energy from day one.”

The continued investment from fortune 500 companies in Arizona shows great promise for continued growth in the housing market. As large tech companies complete these new facilities you can expect to see an influx of high paying jobs and employees looking for homes.

What do you think of Apples investment into the South East Bally? Let us know in the comment section below.