When Will The Gilbert Mormon Temple Be Open For Tours? 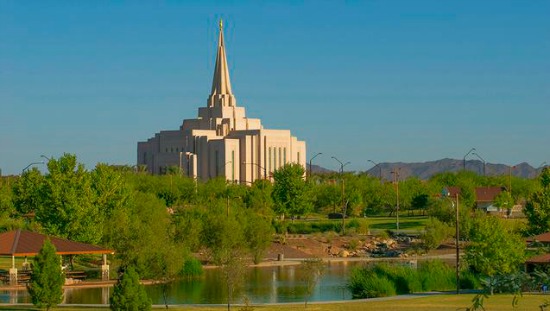 When will the Gilbert Temple open for tours?

The LDS Church will be holding open house and dedication dates for the Gilbert Arizona Temple early next year. The public will be invited to visit the temple during an open house from Saturday the 18th  of January 2014, through Saturday the 15th of February 2014, excluding Sundays. The church is expected to allow reservations to be made for the open house through the www.gilbertmormontemple.org website in the coming weeks.

The temple will be formally dedicated on Sunday, 2 March 2014, in three sessions. In conjunction with the dedication of the temple, there will also be a cultural celebration featuring music and dance on Saturday the 1st of March 2014.

Ground was broken for the 26,000 square foot Gilbert Arizona Temple on 13 November 2010. Soon after, a viewing and display area was created at the construction site for visitors to learn more about the temple and its purpose. Over 60,000 people have taken advantage of this opportunity. While the Church’s 18,000-plus meetinghouses are open to all people who wish to attend religious services, temples are open only to faithful Latter-day Saints after they are formally dedicated.

Will you be attending the Gilbert Mormon Temple open house? Let us know in the comment section below.