Homes Near The Gilbert Temple: When Should I Sell? 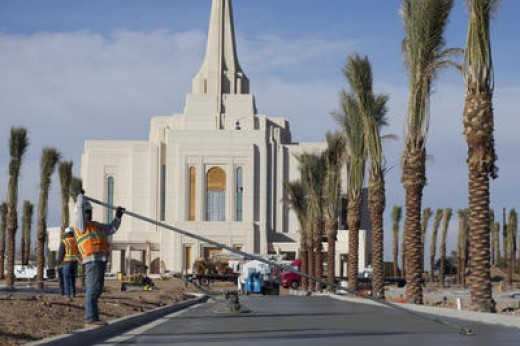 Local residents have been watching eagerly as Gilbert awaits the unavailing of its first LDS Temple. While there is no official date for the temple opening(on record the LDS Church states late 2013 or early 2014) Gilbert’s first Mormon temple has already been a huge success. How big of a success? The Mormon temple has no official opening date and is still months away from completion, yet over 40,000 people have stopped in the temples visitor center. If you have not noticed the visitor center when driving by, that is because the center is extremely easy to miss. The Gilbert LDS Temple visitor center was set up in a trailer in early 2012 and has been a hive of activity ever sense.

The increased attention has helped the area near the Gilbert Mormon Temple see large increases in housing value. This has lead many potential sellers to ask The Reeves Team when is the best time to sell a home located near The LDS Temple. The conventional wisdom says that once the Temple opens and excitement is at its peak that is the ideal time to put your house on the market. While the opening may be a great time to sell your home near The Gilbert Temple, it wont be the best. Here are a few reasons why. 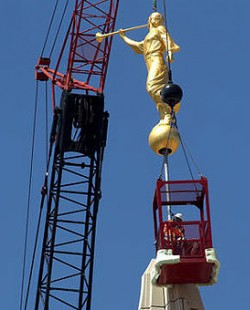 Housing Inventory – Right now there is a shortage in houses in the South East Valley, that will not be the case in early 2014. Arizona has just dusted itself off from one of the largest housing recessions in decades. New build communities have been struggling to survive for the last 4 years, and they can finally see the light at the end of the tunnel. This is especially true in Gilbert near the Mormon Temple. Communities such as Adora Trails, Finisterra, and Freeman Farms are starting to spring up. The added inventory will slow the increases in housing value, and the competitive prices new build communities sell at will put downward pressure on area prices. While this is good for the overall health of the Real Estate market, it wont be good for existing home prices in the short term.

Interest Rates – Rates have been to low for a long time. Everyone loves it, but we also know it can’t stay that way for ever. Unfortunately interest rates are going to rise at least 2 times by years end. Consider the impact of an interest rate increase of 2 percent on a mortgage loan. If you borrow $175,000 for 30 years, your principal and interest payment will only be $835 per month (with a 4% fixed interest rate). Borrow $175,000 for 30 years at a 6% interest rate and your payment balloons to $1,049. That’s a 26 percent increase in your loan payment. So what does this mean to potential sellers? It means you will have less people that can afford to buy your house next year than can afford to buy it right now. This means less competition, which in turn means lower prices on your home. It doesn’t matter if your home is near The Gilbert Mormon Temple or not, an increase in interest rates has the potential to hurt the value of homes anywhere. 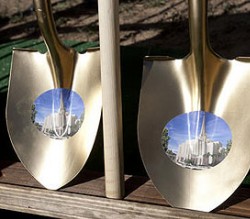 Herd mentality – This one is simple, if you are doing what everyone else is doing, your probably doing it wrong. The conventional wisdom says your home will be worth the most when the temple opens, it also says the same thing to everyone one else in your neighborhood that is considering selling their home. If your home goes on the market with 3 similar models at the same time your going to have the wrong kind of bidding war on your hand. You want to have the only home in your area like it, talk to The Reeves Team about the proper strategy when listing your home.

Its also important to consider buying a home is not a spur of the moment decision. The majority of potential buyers for your home are not going to decide they want to live there the second that The LDS Temple opens up. In fact many of them probably already know, or they may be considering it if they find that perfect house. Give The Reeves Team a call today, it would be our pleasure to discuss the best time to sell your East Valley Home.