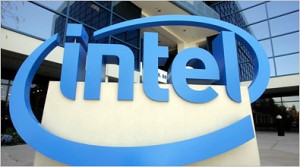 Intel is investing in a new, $300 million research-and-development facility in Chandler that ultimately will employ several hundred highly-skilled workers, the company said.

Intel, which produces semiconductor chips used in personal computers and servers, also is in the midst of constructing a massive, $5.2 billion fabrication plant at its Ocotillo campus in Chandler to produce microchips.

State and local government officials applauded the announcement of the new Intel facility at a press conference Tuesday morning in Chandler, saying it demonstrates the microchip maker’s continued commitment to expanding its operations in metro Phoenix.

Construction already is under way on the 285,000-square-foot research facility at Intel’s Chandler campus, northwest of Rural Road and Chandler Boulevard.

The construction project will employ nearly 1,000 workers and is scheduled to be completed in the second half of 2013, Intel officials said.

Intel Vice President and Director of Assembly and Test Technology Development Babak Sabi said the new facility would be used for “package development.”

“Package” refers to the housing around a microchip used to connect the chip to a computer board, Sabi said.

“The innovation set to take place within the walls of this new research center will influence technology trends for years to come,” he said, “and we’re delighted to bring that distinction to the community of Chandler and the state of Arizona.”

Hiring for the research facility will occur over the next 18 months. About half the positions will be filled by applicants with advanced engineering degrees, he said, while the rest will be open to candidates with technical degrees and relevant experience.

Intel said it is specifically looking for military veterans with relevant training to fill many of the new positions.

For more than three decades, the city of Chandler has been a proud partner with Intel, the company brings an estimated $2.4 billion annual economic benefit to the area.

When finished in 2013, the plant, known as Fab 42, will be the most advanced high-volume chip-making plant in the world, company officials have said.

The plant will create more of the higher-wage, higher-skilled positions needed in a state still reeling from job losses from the recession, Intel has said.