Can We Finally Say The Phoenix Housing Market Is Normal? 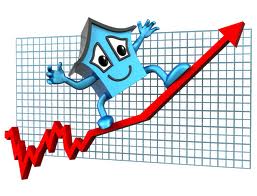 As the year’s peak home buying season comes to a close, the market is showing signs of stabilizing, suggesting that the rise in home values in the near future will likely be driven by market demand, rather than inventory shortages.

Widespread Inventory Recovery – The inventory recovery is broad and growing.  The number of listings increased even though the summer season is ending, and the market registered a net increase in inventory over last month.

Prices Stabilize – Despite the increase in inventories, the median list price did not change compared to July. Absent a significant weakening in economic conditions or significantly higher rates, prices should continue to slowly rise alongside typical cost of living increases.

Sales Prices Are More Dependable –  August marked the third consecutive month that sales prices in the Phoenix area, covered by the Arizona MLS, registered at over 97% of there list price.  This marks a sharp increase from the begging of this year, when volatility in the market made it much tougher to price a home.

Troy Reeves accurately predicted that home values would rise significantly during the first half of the year and then ease after the upward pricing pressure of the summer months. However the upward pressure is likely to return after a short break once the snowbirds return in a few short weeks.

A benefit of housing inventory and price fluctuation returning to normal levels is that buyers will now have more of a selection to choose from. Many buyers who were turned off by the bidding wars and low inventory will now re-emerge as potential buyers.

According to Troy Reeves, the Phoenix Area market appears to be ending the 2013 home buying season on a positive note, with more balanced inventories, shorter time on market, and higher listing prices compared to one year ago.

So what do you think? Are you ready to see a return to normalcy in the Phoenix Area Housing Market? Leave your thoughts in the comment section below.