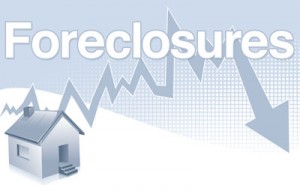 Arizona foreclosure filings fell to their lowest numbers since the financial crisis last month as the housing recovery showed signs of taking hold.

The number of default, auction and seizure notices sent to homeowners was down 14 percent from a year earlier and 5 percent from the previous month. It was the lowest tally since July 2007, before the onset of the biggest housing crash in seven decades.

The gradually rising foreclosure tide forecast  after a February settlement by the nation’s biggest mortgage servicers over faulty practices has yet to materialize, limiting the number of properties on the market and propping up prices. Banks are finding alternatives to home seizures, selling distressed property for less than the amount owed on the mortgage, known as a short sale, or modifying loans for borrowers struggling to keep up payments while an improving economy is helping to ease defaults.

Things are getting better and the number of vulnerable households is going down. The pool of borrowers is much more stable than it was two or three years ago.

Home prices in Arizona rose 5 percent in March from the previous month, the first sequential advance since July and the third straight month-over-month gain.

Short sales have been the preferred means for lenders to dispose of distressed real estate in Arizona, where they totaled  3,217 short sales to 2,776 foreclosures.

There were 35,816 short sales in the United States in January, compared with 38,443 foreclosure deals.

Moving To Gilbert? Should You Buy Now?

Foreclosure filings fell year-over-year in U.S. states hard-hit by the housing crisis, and where steady investor purchases have contributed to price rebounds or stabilization. Short sales probably outnumbered sales of bank-owned properties in the first quarter in California, Arizona and 10 other states.

Foreclosure  filings fell 44 percent in April over the previous year.