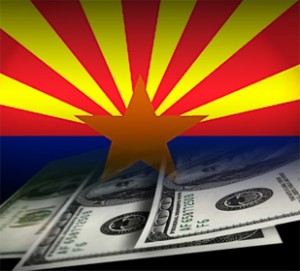 We have been hearing for weeks now that housing prices are on the rise, but now Arizona’s job growth appears to be on solid footing again and getting stronger by the month as well.

Not only did the Arizona Department of Administration report Thursday that the state had 47,000 more jobs in March compared with March 2011, but almost 60 percent of the state’s 100 largest employers surveyed by The Arizona Republic reported adding employees last year.

This year marks the 20th anniversary of The Arizona Republic 100 list, which first listed the state’s 100 largest employers on May 10, 1992. At the time, the leaders were manufacturers Motorola Inc., AlliedSignal Aerospace Co. and Honeywell International.

Today, the state’s largest employers are Walmart, Banner Health and Wells Fargo & Co. Several health-care, financial and education companies have risen significantly over the past two decades. Some other Arizona Republic 100 companies, such as No. 29 CVS Caremark, No. 54 Go Daddy Group Inc. and Gila River Gaming Enterprises, didn’t exist in 1992.

A look at the state’s fastest-growing job sectors shows that the reasons behind Arizona’s new growth are varied. They include more medical clinics and specialty treatment centers, construction of the new $5 billion Intel fabrication plant in Chandler and a renewed appetite among consumers to go out to eat and shop.

There is still pain, of course. Although the most widely quoted Arizona unemployment rate is 8.6 percent, about 18 percent of Arizonans are out of work, have given up looking or are working part time because they can’t find full-time jobs, according to the U.S. Department of Labor.

Although more jobs have been created, The market still has a lot of healing to do.

According to the latest state data, the job sectors growing the fastest in Arizona over the past year are health care, restaurants and bars, specialty construction trades (such as electricians and plumbers), retail and public schools. Altogether, they accounted for about 71 percent of the jobs added over the year.

So what do you think? Is the Arizona heading in the right direction for good? Or is this just a temporary increase?