Market Update: Is There A 90 Day Window That May Slam Shut? 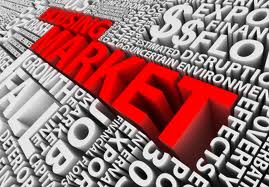 The Arizona real estate market is on an upswing. All the economic news and stats are pointing toward a long sustained recovery. The Reeves Team’s last 8 listings have had multiple offers from aggressive buyers competing for their homes. So what info do we have that leads us to believe this white hot market will cool off in a few short months? Check out our Market Update below.

1.) Arizona housing inventory is the lowest it has been in over 5 years. (see chart below)
2.) The 5 largest banks just settled a major suit with the government, bringing nearly 2 Billion to the AZ economy.
3.) Home prices in AZ have risen for four consecutive months, first time since the housing collapse. (see chart below)
4.)The Reeves Team and other big agents handling a large portion of the foreclosure business in Arizona have seen foreclosures dry up in recent months.

Arizona real estate has been in the news quite a bit over the last month. First, there was the report released that confirmed Arizona was the only state in the U.S. that experienced an increase in home values. The speculation is that because Arizona was one of the hardest hit states when the housing bubble burst that it is also going to be one of the first to rebound.
Next came the news that the 5 biggest mortgage companies in the United States agreed to a 26 Billion dollar settlement with the government. This 26 Billion is to go back into the pockets of homeowners that had been harmed by fraudulent foreclosure processes put in place by the banks. This is also seen as great economic news for the state of Arizona. Arizona residents are expected to receive nearly 2 Billion dollars from the banks settlement, that money will go directly into the Arizona economy.

So with all this good news, what is this 90 day window we are talking about? Before we explain why all this good news might not last, let me give you one more piece of good news. Take a look at the three charts below, for the first time since the market collapsed all of the major market trends are pointing in the right direction.

We have now seen the average sales price rise for 4 consecutive months. The metric jumped nearly $15,000 in 4 short months. So what are the reasons for the turn around?

Why is Arizona the only state that is seeing this kind of improvement? The economy is partially to thank, but the real secret is the shortage in houses for sale.

The housing inventory in Arizona has been steadily declining now for the past year, this has more to do with the lack of foreclosures being processed by the banks than anything else, but we will get to that in a moment. At the height of the housing crisis, there were over 57,000 homes on the market in Arizona, as of the writing of this article there are just above 16,000. We have not seen inventories this low since the height of the market back in 2005 and 2006.

The average days on market has been nearly cut in half over the past year, this is truly incredible when you consider this is not the amount of days that it takes to receive an offer, but instead it reflects the amount of days necessary to complete the entire transaction. Still not stunned? Consider this, the days on market metric also includes short sale listings, which can take upwards of 6 months to get closed. Yet the DOM is still under 90 for the first time in years.

The Clouds In The Distance

Yet Troy Reeves is quoted as saying “There is a 90 day window to get your home sold before the market conditions change.” What is it that Troy and his team are seeing that most of the media must be missing?

Fallout from the bank settlement

The truth is all of these current factors, the low inventory, the rising home values, and in some part the economic turnaround are due to one forgotten truth. While the banks were in negotiations with the federal government they basically quit foreclosing on properties. They did this because they knew they were going to have to pay out a sum of money for every house they foreclosed on between 2009 and when the agreement was reached.

So the banks made a strategic decision to halt foreclosures and save themselves the penalty they would eventually be paying. So many homeowners that were late on payments never received a foreclosure date, and many of those that had already been issued a foreclosure date saw that date pushed back until after a settlement could be reached.

This dramatic decrease in foreclosures eventually helped dry up the houses for sale in Arizona, which in turn increased competition for the current homes on the market and drove up prices. There is however a flip side of the coin. Even though these huge banks were not processing as many foreclosures, it does not mean that homeowners were not still falling behind on their payments.

So as the banks begin to ramp back up their foreclosure process, they will not only be dealing with the foreclosures to come, but they will also be cleaning up all the foreclosures they let slip through the cracks during the bank negotiations. Its possible, because of these circumstances prices might not only fall, but fall back even further than they were just 4 or 5 months ago.

What got the banks into trouble in the first place was moving to quickly, and not paying enough attention. Lets hope that the banks have learned their lesson and will take their time getting these foreclosure homes back on the market. While we can’t predict the banks, one thing is clear, with the banks ramping up their foreclosure process again the inventory levels can’t stay this low. More homes on the market means less competition, and less competition typically means lower prices.

Now that we know the banks have come to an agreement and will resume the foreclosure process, we expect it will take nearly 90 days before the market will see a major impact. Let us know in the comments below how long you think it will take, and if you disagree with us completely please let us know, we value your opinion.

The foreclosure nightmare that has plagued the U.S. and Arizona in particular over the last few years will eventually come to an end, but what we are seeing now is not that end, but it paints a good picture of what the end will look like. We here at the Reeves Team like what we see!