Appraisals Are holding Back The Real Estate Recovery Experts Say 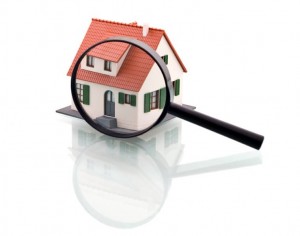 You know its a strange real estate market when new homes are being appraised for less than it costs to build the home. According to the National Association of Home Builders. Flawed appraisals are to blame for holding back the housing market’s recovery.

Builders say that new homes should not be compared to foreclosed homes that have sat vacant and are in disrepair.

Using distressed and foreclosed sales as comparables in determining new home values is needlessly driving down home prices, killing home sales, causing more workers to lose their jobs and delaying a housing and economic recovery. Sixty percent of builders say they were experiencing problems with appraisals coming in below their contract sales price, according to a recent survey by NAHB. One out of three new-home builders say they’ve had signed sales contracts canceled in the last six months because appraisals on their homes are less than the contract sales price. In a separate study by the National Association of REALTORS® from June, 16 percent of real estate professionals also reported an increase in deals being canceled mostly due to low appraisals, too.

Builders are calling on regulators to make major reforms to appraisal practices and oversight to prevent flawed appraisals from continuing to hamper a housing market recovery.

There is plenty of blame to go around after a robust housing market swelled to a bubble and then deflated. Fingers point to impractical consumers, overzealous lenders, and well as the appraisers whose signature on a home’s value helps close or kill the deal.

Before the credit crisis, some appraisals seemed to be mere formalities; that attitude helped fuel the boom days. Now, overly conservative appraisal standards—many unfairly calculated, some observers argue—may be holding back the housing recovery.

A survey by the National Association of Realtors earlier this year found that 10 to 12 percent of members had a contract canceled last year as a result of a low appraisal; 10 to 13 percent had a contract delayed; and 16 to 20 percent reported that the sales price was negotiated lower after the appraisal. NAR data show that in June of this year, 16 percent of Realtors reported a cancellation, up from 9 percent in the same month a year earlier.

Basic economics drive housing prices. The market is determined by how much supply is available and what amount a potential homebuyer is willing to pay. An appraiser’s room-by-room, property line-to-property line walkthrough, plus local pricing calculations known as comparables, put a “value” on a particular home so that a lender determines how big of a loan to provide. That means outside of a few all-cash transactions, the banks that are taking on the risk largely influence buying and selling decisions. In many of today’s markets, risk-aversion persists, and it’s showing up in the appraisals.

Over the past 18 months, new rules and regulations have been implemented in an effort to protect the independence of the appraiser. Such regulator efforts are introducing new problems, some market participants say.

As the housing market begins its slow road to recovery we will need appraisers on board for the recovery to take hold.