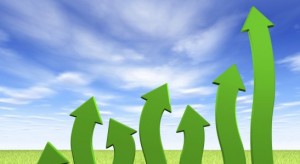 While we are wrapping up the year it is only natural to begin to look forward to the year ahead. Luckily for the Arizona housing market the news is good, albeit not great, but after the last few years we will take what we can get. In Arizona’s real estate market, 2012 is likely to be better than 2011, but the recovery will continue to be slow. Prices for single-family houses and new construction starts likely won’t be significantly better until 2015.

Arizona’s real estate market will continue its slow recovery in 2012, which is likely to be better than 2011. Keep in mind you don’t go from having a heart attack to running a marathon overnight. The problem is on its way to being resolved, but it’s not resolved yet.

One of the roots of the problem in the housing market is excess inventory — and the solution will come from a depletion of that excess inventory. Think of what’s going on in the housing market as what would be going on at any manufacturer or retailer who found themselves with a substantial oversupply of a product (in this case, 50-55,000 housing units in Greater Phoenix). The product would be put on sale. If it didn’t sell at a certain price, the price would then be lowered until the seller found a market clearing price.

Moving from single-family housing, the apartment market the brightest spot we’ve had in many years. Vacancy rates fell from 14 percent in 2010 to 10 percent in 2011. And while there are a lot of apartments in the planning stage, there are only 1,177 under construction at the moment. Thus, vacancy rates are likely to decline farther, putting significant upward pressure on rents. This will bring forth new construction.

Commercial is not looking as good, roughly one out of every four square feet of office space in the metro area is vacant. Given the outlook for employment (slow growth), there will be no serious improvement in 2012 or 2013 and a full recovery will probably not take place until about 2016.

The market for industrial space looks better than for office space, but only by a bit. Vacancy rates fell to 12.2 percent in the third quarter from 12.8 percent at the end of 2010. Build-to-suit projects make up 87.5 percent of industrial construction activity.

The retail real estate market is having problems, too given low population growth and the relatively modest recovery in retail sales. At the end of the third quarter the retail vacancy rate was 12.4 percent, up a bit from the end of 2010. The recovery will be slow here too, extending to the middle of the decade.

Like the housing market, the commercial real estate markets are in the process of getting better. The good news is that they’re not getting worse.

On the positive side, the number of units going into foreclosure is declining, and housing prices appear to have stabilized. Depending on population growth, job growth and other factors, we could see full housing recovery in three to four years.

At the national level, experts expect 2012 to bring an increase in gross domestic product (GDP) of somewhere between just under 2 percent to 3 percent.