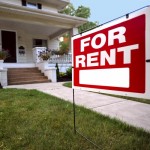 Phoenix was the poster child for the housing bubble: Speculation sent home prices soaring by annual double-digit increases for three years until the bubble popped in 2007 and they have fallen more than 47% since.

Foreclosures have been a big problem in Arizona and many people who lost their homes are now renting. As a result, rents are on the rise. Local Market Monitor estimates rents will increase by more than $100 a month over the next three years.

The two biggest positives for those looking to invest in rental properties in Phoenix, according to Winzer, are that the job market is growing again and people are still moving to town. In fact, the population has grown by 8% since 2006.

He expects rental investments to pay 2.3% bigger return in the Phoenix metro area than the national average.

The foreclosures have forced home prices to all time low’s while the rental market is red hot. It looks like the market for investment homes will stay strong for the foreseeable future.