Feds Keeps Interest Rates Low What Will The Effect Be On Housing? 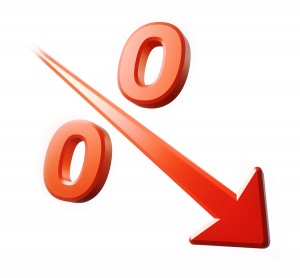 This week the federal reserve announced it would hold interest rates low until mid 2013. Before the recent run of economic news and the drop in the stock market it was widely speculated that the fed would raise the rates in late August. The move is a way to calm jittery stock market investors by showing that it recognized, and was trying to manage, economic weakness.

So what does this mean for the housing market. In a normal world, mortgage rates would track the Fed’s benchmark rate. And indeed they have, with 30-year fixed mortgages dropping to 4.32%, near the historic low of 4.17% they hit in November. What this means is that the government is effectively subsidizing loans.

Even with this news it is nearly impossible to find an analyst out there that says this is good news for the housing market. Right now everyone is saying that interest rates have already been is that we’ve already been in a low-interest rate environment for years. Using this logic home sales should stay flat.

No matter how popular it is to bash on the housing market recently the fact remains that low interest rates are a good thing for the housing economy, for multiple reasons.

The first reason is with interest rates low people can buy more home for the payment. This means qualified buyers will be able to get the homes they want with affordable payments. If interest rates would have risen while the housing market is still struggling this would have pushed more buyers out. Keeping them low will let more buyers in. This is just the simple truth.

Second, low interest rates will encourage overseas and out of country investors. The Fed’s committment to nearly zero interest rates should continue to make those properties look like safe havens to the Canadians and Chinese who are already shopping here.

Another benefit to keeping interest rates low is the Senior Seller Effect. Low interest rates might encourage retirees — who are getting kicked in the teeth with low bond yields — to sell their already-paid-off houses. Those retirees who “did everything right” and dutifully gathered a stocks-and-bonds nest egg are now finding that it doesn’t make much of an omelet. Since Social Security by itself is tough to live on, there will be pressure to turn to one’s last major source of cash: the family home.

In sum, keeping interest rates low will not be a magic bullet to the housing market, but it is going to help. Anyone who says differently, and a great many people are, are just doom and gloomers. Right now the housing market can use any stimulus it can get.