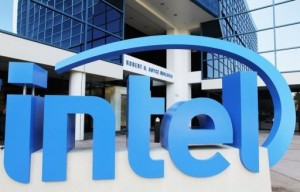 Intel Corp.’s $5 billion investment in a new factory delivers a huge boost to the Arizona economy, ensuring that its Chandler campus will continue to create some of the world’s most sophisticated semiconductor technology.

Look at home values located near the Chandler Intel plant.

The project will bring thousands of construction and factory jobs when construction begins this summer, officials said. It also will create more of the higher-wage, higher-skill positions needed in a state still reeling from job losses incurred in the recession.

When the facility opens in 2013, about 1,000 people will be needed to run an operation that Intel executives suggest will be the most advanced high-volume semiconductor-manufacturing facility in the world.

The company, the world’s leading chip maker, is expanding its factory network to meet increasing demand. It is constantly looking to invest in technology and facilities that allow it to make smaller, faster, more-powerful products.

Intel Chief Executive Paul Otellini broke the news about the new Chandler facility Friday at the company’s plant in Hillsboro, Ore., after he gave a tour of the facility to President Barack Obama.

The project follows a multibillion-dollar investment the company announced in October to revamp its existing two fabrication facilities, or fabs, in Chandler. The new facility will be called Fab 42.

Intel did not rely on new incentives included in a job bill signed this week by Gov. Jan Brewer when deciding to expand in Arizona, executives said. They cited existing tax benefits, such as a research-and-development credit, foreign-trade zone and a “sales factor” change originally passed in 2005 that is now expanding.

The state Legislature in 2005 passed legislation that helped companies such as Intel that have expensive facilities and high wages but sell little within the state.

A “sales factor” change allowed companies to calculate corporate-income taxes based solely on in-state sales if they made an investment of $1 billion or more in a new project.

“To be honest, when we changed the sales-tax factor . . . that’s when Intel was making the decision to either divest from Arizona or stay in Arizona,” said Barry Broome, president/CEO of the Greater Phoenix Economic Council.

The foreign-trade-zone status for Intel’s property reduces state and local property taxes for the company.

“This $5 billion, Intel is not going to pay taxes on that investment,” he said. “It is in a foreign-trade zone. The taxes are abated.”

The project will provide short- and long-term benefits.

The project also will help diversify the state’s economy and job base.

“The whole point of fixing this economy is to pursue export industries that are capital-intensive,” Broome said. “Look at the performance of Raytheon, Freeport-McMoRan, Intel, Boeing, Honeywell. They’ve all invested or stayed the same, when every other side of the economic model depends on large-scale public spending . . . or is tied to housing, which has collapsed.”

Broome said the new Intel factory is expected to bring the state $320 million during the next decade in direct revenue from the company, more than compensating for the tax breaks it receives.

The impact grows to $569 million when the multiplier effects of the project – jobs and revenue generated because of the Intel investment – are considered.

“People can call the governor’s tax package a giveaway, but if it costs $500 million, the Intel announcement already covers that,” Broome said.

At a news conference after Intel’s announcement, Brewer called Friday “a yoo-hoo day.”

“Intel has paid attention to what we’re doing,” she said. She highlighted the key points of the bill she signed Thursday, saying the combination of lower taxes and the new Arizona Commerce Authority signals that Arizona is a welcoming business environment.

She did not suggest that Intel made its investment decision because of the new legislation, which was introduced Monday and sped through the Legislature earlier this week.

Intel will be able to benefit from several of the provisions in the bill, including an expansion of the sales factor, which exempts 100 percent of the value of any sales Intel makes outside state boundaries from the state’s corporate-income tax.

The sales factor has been 80 percent and now will increase to 100 percent in January 2014.

Intel also could benefit from a tax credit included in the bill’s Quality Jobs program. It provides a credit of $3,000 per new hire, capped at 400 jobs per project.

Don Cardon, Commerce Authority CEO, said he didn’t know if Intel would seek the credit, which his agency will oversee.

Chandler officials were happy to hear about the jobs coming to the city. Intel employs 9,700 workers in Arizona, most in the southeast Valley city.

“One thing critical to my citizens is new jobs, and this goes a long way,” Chandler Mayor Jay Tibshraeny said. “Intel likes the partnership it has with Chandler, likes doing business in Arizona, and they’re a very good corporate citizen.”

He said he first heard that Chandler was in the running for this project less than two weeks ago. But he didn’t learn of the decision until after Intel officials made the announcement Friday.

Tibshraeny was mayor in the early 1990s when Intel built its first fab in the city, and he returned to the office last month.

“There’s a saying that a rising tide raises all ships,” Tibshraeny said. “That rising tide is in Chandler.”