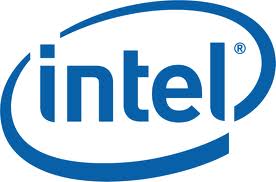 Intel, the world’s largest chipmaker, Just announced plans to spend more than 5 Billion Dollars building a new factory dubbed Fab 42. The new factory will be located at its site in Chandler, Ariz., it will be “the most advanced high-volume semiconductor manufacturing facility in the world,” it will create more than 4,000 permanent jobs in the country this year and enable the company to explore a process for creating transistors with a minimum feature size of 14 nanometers.

Home prices are likely to rise in the next few years while the plant is being constructed. There will be an influx of new employees to the area as the factory will support the addition of over 4000 permanent new jobs. Please Click Here to view all current homes for sale within a three mile radius of the factory location. Now is a great time to buy.

This will pave the way for a more powerful and energy-efficient chips that will power even thinner mobile devices. Construction is set to begin in the middle of this year, and completion is expected the following year. The facility will help keep jobs in America in times when more than three-quarters of the company’s sales come from outside the country.
About three in four Intel microprocessors are manufactured in the United States. Intel boss Paul Otellini broke the news during President Obama’s visit to the company’s research and manufacturing site near Portland, Ore., to discuss jobs and competitiveness in the global economy. Otellini sang his praises for the new plant:
“The transistors and chips it will produce will be the most dynamic platform for innovation that our company has ever created. Together they will enable more capable computers, the most advanced consumer electronics and mobile devices, the brains inside the next generation of robotics, and thousands of other application that have yet to be invented.”
Intel began investing in Arizona in 1979, pouring in more than $12 billion in capital investment to build manufacturing capabilities in the state since 1996, among them high-volume factories called Fab 12 and Fab 32. In Arizona, Intel spends nearly half a billion dollars on research and development and contributes $2.6 billion to the state’s economy, with more than 20,000 additional jobs created as a result of their presence. With more than 15,000 workers, Intel is also Oregon’s largest private employer. The Chandler site is the company’s second-largest site in America. Another interesting tidbit: The American semiconductor industry is the country’s leading exporter when averaged over the past five years.