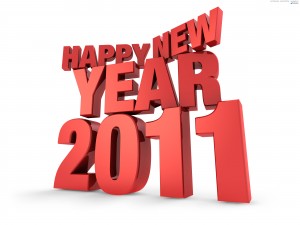 The desert climate, as well as cheap and widely available land for housing expansion, encouraged speculators to rush in, along with retirees and others looking to get out of colder snowbelt states. An abundance of golf courses and upscale locales, such as Scottsdale, were also big draws. Vicinity to California has also been cited.

Phoenix remains a top destination for business relocations and has picked up population for decades. The bubble burst slowed this migration, but the long-term trends continue to support cities, such as Phoenix, outgrowing most other parts of the U.S. Some of the cheapest homes in the country should eventually turn the taps back on to a return of population growth

Sound real estate investment decisions often come down to understanding economic expectations and proceeding accordingly. With that in mind, it would seem like a good time to go over 2011 (and beyond) outlooks on 4 major fundamentals that impact the real estate market.

GDP Growth: After two years of either zero or negative GDP growth (constant dollar), the U.S. reversed course in 2010; real GDP growth, according to Moody’s Analytics is estimated to be 2.9% for 2010. Furthermore, Moody’s predicts GDP to grow at about 3.9% in 2011. Although not in line with the 4-5 % growth many economist believe is required for a full recovery, future GDP growth predictions represent a positive trends.
Unemployment Rate: Unemployment shot up t0 10% by late 2009, after hovering around 5% for most of the decade. In 2010, unemployment stayed stubbornly high, falling no lower than 9.5%. Despite the Fed predicting unemployment dropping to around 9% by the end of 2011 and 8% by the end of 2012, these numbers are slightly less optimistic than some previous estimates. Still, the rate is dropping.
Foreclosures: You don’t need an analyst to tell you that foreclosures are high. Moody’s estimates that there will be 1.8 million foreclosures in 2010. What you may not have known is that foreclosures are predicted to rise into 2011. Moody’s predicts 2.1 million foreclosures in 2011. The good news? 2011 looks to be the peak, as foreclosures should fall thereafter. According the Mark Zandi, chief economist at Moody’s Analytics, “the majority of those at risk of foreclosure are already in the pipeline.”
Mortgage Rates: Of all the real estate related fundamentals listed, mortgage rates are certainly the most volatile, hardest to predict and impact real estate prices most directly. In 2010, mortgage rates dropped to the lowest level in decades, falling briefly below 4.2 % on a 30 year fixed in October-November. However, in recent weeks, the 30 year rate has moved up almost 0.75%. Why the recent rise? I think a lot has to do with optimism. For example, the 3.9% predicted increase in GDP for 2011 mentioned earlier is much more aggressive than the 3.0% widely predicted just a few weeks prior. So what about 2011? The consensus is that rates will slowly rise, possibly going north of 5.0%. Despite the rise in mortgage rates though, we’re still at historically low levels. Additionally, many believe that a rise in mortgage rates will increase home sales, as buyers feel pressured to lock in before rates go further up.
No one has a crystal ball and even those who’ve historically been accurate with predictions are not guaranteed continued success. Like always, you’ve got to make the tough decisions and live with consequences. However, armed with a wealth of estimates/predictions, you should be ahead of the game. Good luck in 2011.