How big is the Foreclosure Robo-signing problem in Arizona? 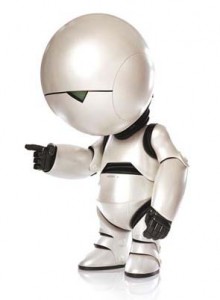 The problems that led Bank of America and other lenders to halt foreclosures across the country may run deeper in Arizona than nearly anywhere in the U.S.

Bank of America on Oct. 8 announced that it was halting foreclosures in all 50 states due to paperwork errors that may have led it to improperly foreclose on homeowners, and calls are growing louder for other banks to do the same.

Arizona benefited more than most from the housing bubble and suffered worse than most when it burst, leading nearly all states in foreclosures. Some believe it also may be one of the worst-hit states for improper foreclosures due to a combination of sheer volume and a lack of judicial oversight.

Now that the issues over faulty paperwork are coming to light, attorney Tom Ryan said he expects many Arizona homeowners who lost their homes to foreclosures to hire attorneys to determine whether the banks made a mistake. And he expects many homeowners to find them.

“It’s going to be worse in Arizona because Arizona sustained such a high, high growth rate,” Ryan said.

Jim Nearhood, a Scottsdale real estate attorney, said it’s impossible to determine how serious the problem is in Arizona, or whether it’s even a problem at all. But because Arizona doesn’t have judicial review of foreclosures, he said, there’s a high likelihood that many of the state’s thousands of foreclosures of the past two years were done in error.

“It could be mild or it could be catastrophic. It probably will take some time for it to evolve,” Nearhood said. “My expectation is that it will be something in between.”

Bank of America suspended foreclosures amid recent revelations that agents may have improperly signed affidavits and other documents that were critical steps in the foreclosure process. The move follows similar moratoriums by other big lenders, including GMAC and JPMorgan Chase.

One real estate agency owner whose firm specifically works with Bank of America on foreclosures and short sales said he believes all major banks will now follow suit, and foreclosure freezes will be widespread across Arizona.

“B of A is the largest, it’s the powerhouse, it’s the granddaddy when it comes to foreclosures and mostly because of the buyouts they’ve taken on,” said Troy Reeves, owner of Gilbert-based REMAX Alliance Group. “Whatever they do, almost everybody else follows. You will see the other banks go, ‘OK.’”

The problem that led Bank of America to suspend foreclosures is that independent agents hired by lending institutions to deal with the avalanche of foreclosures triggered by the housing crisis improperly signed documents indicating they had thoroughly reviewed the cases, when in fact they may not have even looked at them. In other cases, the “robo-signers,” as they are sometimes called, may have forged signatures or listed inaccurate information to expedite the process.

“I’ve seen a lot of sloppiness, yes. And I think it’s due to the fact that you’ve got one person doing the job of 10 because none of the banks ever expected to have this kind of volume of foreclosure. It’s unprecedented,” said Thomas Stoops, an attorney with the firm Stoops Denious Wilson & Murray.

Deeds of trust are a trade-off between a borrower and lender that allow lenders to foreclose quickly, without going to court, when borrowers default on their loans. In exchange, borrowers get an assurance that they won’t be held liable for the debts still owed on their homes if the bank forecloses.

A home purchased with a deed of trust can be sold in a trustee’s sale after 90 days, while a foreclosure on a traditional mortgage can take up to a year. According to real estate attorneys, Arizona began using the process decades ago to facilitate growth.

According to real estate attorneys across the Valley, more than 99 percent of home loans in Arizona are backed by deeds of trust. That means paperwork errors that might have halted foreclosures in other states may have sailed through without a hitch in Arizona.

Homeowners who believe they were improperly foreclosed upon can sue in superior court. But Arizonans must take the initiative and hire their own lawyers, unlike residents of the 23 states with judicial review,

Now that widespread problems with foreclosures at Bank of America and other institutions are coming to light, Arizona may see a flood of lawsuits as homeowners try to reverse old foreclosures or halt pending ones.

“It could overwhelm the courts with litigation,” Nearhood said. “You have the potential for thousands of people filing lawsuits.”

Goddard, the Democratic nominee for governor, threatened to file charges under Arizona’s Consumer Fraud Act against lenders who initiated foreclosures based on paperwork errors by “robo-signers.”

“I wouldn’t be surprised, in an abundance of caution, if a number of them don’t do what Bank of America has done, just to make sure that they’re not opening themselves up to additional charges,” Goddard said. “Now they’re clearly on notice, from us and from other states.”

Realtors and real estate agents contacted by the ~Arizona Capitol Times~ Oct. 8 said the foreclosure freeze could initially have a positive impact on the housing market. Taking foreclosures off the market, for example, lessens the overall housing inventory and could drive up prices for other homes.

And the decision would likely drive more business toward “short-sales” or those sales where the bank and the seller agree to sell the home for less than the principal balance owed. Short sales, many realtors agree, is better for all parties – banks, sellers and buyers – because such sales happen before the devastating and costly foreclosure process.

“In that case I think this is good because it needs to stop to see this market flat-line first, and recover second,” Reeves said.

The downside is that foreclosed homes will be sitting on the market for longer, and could encourage distressed homeowners to stay in their homes without paying – a process that could drag on for months. Eventually, these homes could flood the market again once the freeze is lifted.

“It could possibly hurt the market overall because if you have all this inventory that you are not foreclosing on and releasing it back into the market … they are going to have to do that eventually,” said Robert Luce, a West Valley real estate agent who closes about five short-sales a month.