How Soon After Foreclosure Can You Buy A New Home? 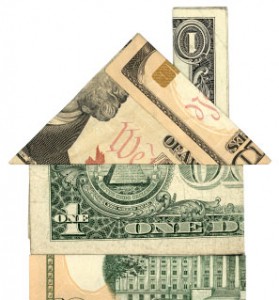 This is a question facing many homeowners who may be considering a “voluntary foreclosure” that is, to simply stop paying the mortgage and give up the home because of how much negative equity has been accrued, this is also known as a strategic walkaway. From their perspective, to continue paying a $375,000 mortgage on a home that’s now only worth $220,000, is simply throwing good money after bad.

University of Arizona law professor Brent White argues that so-called “strategic defaults” can potentially save homeowners hundreds of thousands of dollars and are morally no different from a business deciding to cut its losses on a venture. He argues this is really the only option.

whether or not it is the smart move financially, family’s will still need a place to live, and many will want to return to home ownership eventually, particularly those who gave up their previous homes as an economic choice, rather than out of necessity.

If you lose your home to foreclosure, voluntary or otherwise, you won’t be able to qualify for a Fannie Mae or Freddie Mac conforming loan for at least five years and perhaps seven. Same for an FHA loan. Because conforming and FHA mortgages account for the great majority of home loans made in this country, particularly in the middle and lower price ranges, that’s a pretty big obstacle to overcome.

Of course, you can always seek a nonconforming mortgage, but those lenders will have their own guidelines for how soon they’ll lend after a foreclosure. They’ll also be likely to demand a 20 percent down payment and charge a relatively high interest rate.

A short sale or deed-in-lieu of foreclosure may be better strategies than simply allowing your home to go into foreclosure. With a short sale, you can qualify for a Fannie Mae/Freddie Mac-backed mortgage in as little as two years, and three years on a deed-in-lieu. And while both have the same impact on your credit rating as a foreclosure, your credit can begin to recover in as little as two years after any of them.

That’s not to say you’ll get a great interest rate after two years, but you can at least get a decent one. Of course, the full effect of a foreclosure, short sale or deed-in-lieu will remain on your credit for seven years, but the impact does begin to tail off significantly after the first two.

If you’re faced with the possibility of losing your home, either involuntarily or as a deliberate economic choice, you’re probably better off pursuing a short sale or deed-in-lieu instead of simply allowing the property to fall into foreclosure. The effect on your credit score may be the same, but if you want to get back into home ownership within a relatively short time, either a short sale or deed-in-lieu will provide the quicker route back, provided your lender is agreeable to them.