Can Real Estate Still Be Considered A Retirement Tool? 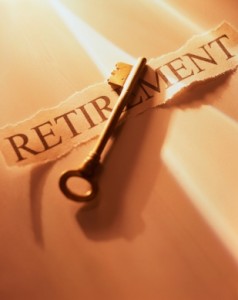 It has been a bumpy few years for home owners. Most no longer are asking how much equity they will have in there house when they retire, instead they are asking how to get out from the current debt there home has laid upon them. Even still real estate is at some of the lowest prices in history. Is it time again for the average american to start thinking about their home as a retirement tool?

Three years into the housing bust, steep discounts are emerging in the market for high-end homes, which had been the real-estate industry’s last redoubt. Despite the budding economic recovery, demand for pricey properties is falling as potential buyers struggle to come up with money for big down paymentsand find it difficult to qualify for large mortgages. With buyers dropping out and homes languishing on the market, sellers are beginning to capitulate, cutting prices to move their properties.

The result: Buyers with lots of cash, or access to it, can find great deals. Not all million-dollar homes are castles, especially in coastal markets. But price drops and relatively small bumps in budget are landing shoppers the kind of amenities — kingly bathrooms, stables, gates — that were once beyond reach. Kenneth Rosen, chairman of the Fisher Center for Real Estate and Urban Economics at the University of California, Berkeley, says it is a “very good time to be a buyer at the high end.”

What’s your home worth?

In some markets, houses that are more than twice the size of others are on the market for less than twice the cost. Shaun Rawls, a broker at Keller Williams Realty in Atlanta, points to two homes with similarly desirable locations in that city’s wealthy Buckhead district. The smaller home, with 3,060 square feet, is priced at $765,000, or $250 a square foot. The larger home, with 7,612 square feet, has an asking price of $1.2 million, or $158 per square foot.

All things considered now is a great time to invest in a home as long as you do not have to sell an existing home. First time home buyers and investment buyers are in a great spot for the foreseeable future.