Will Congress Extend The Tax Credit? 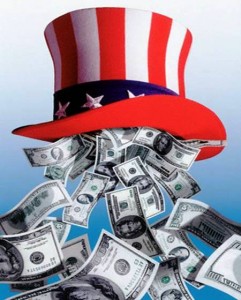 It’s a toss-up, say pro-tax credit-leaning advocates. But the program will continue through the end of this year, or at the least, for another six months, they maintain.

Yet some seem confident the program will be terminated at the end of April.

Unfortunately President Barack Obama and his administration have not given any tea leaves that can be read for future outcomes.

One industry professional, however, is going out on a limb with the pro-tax credit extension group.

“Congress will extend the credits to mitigate the impact of two recent events: The Federal Reserve ending its program of buying mortgage backed securities and the recent rise in mortgage rates (30 year fixed rate mortgages climbed to 5.31% from 5.04%) both of which will have a negative impact on home sales.”

The positive effect of the program has been record-shaking.  All  agree that one million homes have been sold to date, largely due to the tax program.

Yet U.S. Central Bank ended its $1.4 trillion investment into purchasing mortgage-backed securities on April 1 of this year.

But proponents of the program, including all of the Washington, DC-based trade lobbyists, brush that argument aside.

Instead, they maintain the program will be extended because it could prove to be a smart political move in this election year.

So far, however, the rumblings haven’t been loud on Capitol Hill. But they will be as the April 30 deadline approaches, industry watchers say.

In the past 18 months, the big guns for the initial and extended programs have been Sen. Bill Nelson (D-FL), Senate Majority Leader Harry Reid of Nevada, Senate Finance Committee Chairman Max Baucus of Montana and Sen. Johnny Isakson (R-GA).

Isakson especially was in the forefront of the last program extension. He wanted the program to be extended through Dec. 30, 2010; double the credit to $15,000; and remove restrictions that prohibit individuals who already homes or earn $75,000 to $150,000 for couples, from getting the tax break.

Failure to extend what may be one of the most effective pieces of the Obama administration’s 3009 stimulus legislation would cost jobs, economic growth and tax revenue, the housing groups argue.

There has been no official comment from Obama. However, when the current program extension was being debated in November 2009, the President’s press secretary, Robert Gibbs, told the media Obama was “evaluating the impact” on new home sales.

Lawmakers are under pressure from real estate agents, mortgage brokers, title settlement offices and home builders to extend the program.

However, lawmakers are also facing pressure from governance groups and recent IRS reports claiming widespread fraud around claims for the $8,000 and $6,500 tax credits.

According to published reports, the IRS has identified about 75,000 claims totaling almost $600 million that may not be from first-time homebuyers.

They also found that about 600 taxpayers under 18 years old and ineligible to buy a home claimed almost $5 million in credits.

Two key related questions are also part of the program extension debate. They are: Will mortgage rates rise and will the housing market thrive or fall after the program ends?

Industry experts say the answer to the first question is easy – mortgage rates already are rising from the 5 percent level they have been at for the past 18 months.

The answer to the second question continues to remains debatable and will vary from market to market.

For example, a quicker recovery than in most of the nation is being forecast for the Philadelphia-Baltimore-Washington, DC corridor. That’s largely because of the heavy presence of a government-employee and military population, according to several brokers.

The Minneapolis-St. Paul market is also healthy but only because of the tax credit programs, points out Tony Maurer. President, St. Paul Area Realtors Association.

“The programs helped prop up a sagging housing market,” Maurer says in published reports. “There is no question that the First Time Homebuyer Tax Credit, as well as the federal government’s purchase of bank securities has stabilized the marketplace.

However, Maurer says, “It is an unknown that at the conclusion of the tax credit program, what we will see from the marketplace standing on its own.”

“I think we will have to get through the April 30 deadline for people to buy homes and then we will have to see the demand after that, because that will have a bearing on where our interest rates go,” Fisher says.