Why Foreclosures Will Go Up In 2010 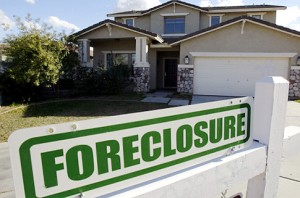 Last year there were 2.82 million foreclosures, the most since RealtyTrac began compiling data in 2005. Some Analysts expect more than 4.5 million filings are expected this year. There is little doubt among analysts that foreclosures will top 3 million this year.

“As bad as the 2009 numbers are, they probably would have been worse if not for legislative and industry-related delays in processing delinquent loans,” said James Saccacio, chief executive officer of RealtyTrac.

Saccacio said that monthly foreclosure filings hit their peak in July, then declined for four months before rebounding at years end. He said trial loan modifications, state legislation extending the foreclosure process and an overwhelming volume of inventory clogging the foreclosure pipeline were the main factors contributing to the second-half declines.

But “in the long term, a massive supply of delinquent loans continues to loom over the housing market, and many of those delinquencies will end up in the foreclosure process in 2010 and beyond, as lenders gradually work their way through the backlog,” he said.

There were a record 41,000 single-family home foreclosures in the Phoenix area last year. A new Realty Studies report from the Arizona State University’s W.P. Carey School of Business and ASU economist Jay Butler also said there were 4,000 foreclosures in Phoenix in December and 3,000 in November.

There were also 600 condos that were foreclosed on in December versus 285 such defaults in 2008.

Butler said the rebound of Phoenix’s housing market remains elusive to many.

“Recovery is a perception issue,” said Butler. “Some people believe they will see recovery when their home values are back where they were, and that’s going to take a long time. As for the economic recovery, Phoenix-area layoffs are still coming, and there’s an expectation interest rates may get higher, so the housing market will probably bounce around for a while longer.”