What Is A Strategic Default 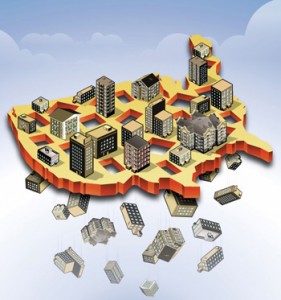 To put it simply, A strategic default is a homeowner defaulting on a  mortgages even though they have the money to pay it. According to research, 17% of households would default when their negative equity reaches 50% of the house’s value.

Let’s say you bought a house with no money down for $300,000 in early 2006. A few years later, the house is now worth $200,000, so your negative equity is 50% of the market value. Yet only 17% of people in your situation would walk away from the house. The other 83% would continue to pay the mortgage,  this is where the expression “throwing good money after bad” might come in.

Today’s “home rescue” programs – loan modifications and the like – are based on the assumption that homeowners will not default on mortgages as long as they can afford to make the payments. In many cases, this assumption may be mistaken.  The Making Home Affordable program has resulted in far fewer trial loan modifications than had been anticipated. In partial response to this disappointing fact, the administration raised the eligibility bar from a 105% loan-to-value ratio to 125%

A recent report from CNNMoney.com cites a Deutsche Bank analysis that estimates “25 million borrowers, representing 48% of all Americans with mortgage loans” will owe more than their house is worth by 2011. Other estimates have been similar. Moreover, the Deutsche Bank forecast is that the percentage of borrowers underwater by 25% or more will at least double to 28% of those who are upside down. This would suggest a dramatic increase in the number of strategic defaults to come.

To be effective, more loan modifications are going to require reduction of principal as well as payments. On the other hand, if principal reductions are granted in a manner that seems unfair, that might weaken the existing moral constraints against walking away.