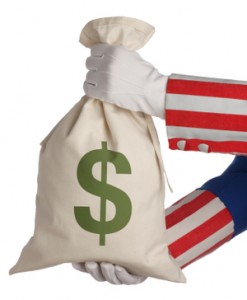 If you were one of the many Americans, holding your breath in hopes that the New Homebuyer tax credit would be extended, your wait it over. Many had predicted that the highly successful tax credit would be extended, but last week congress made it official and changed the deadline to April 30, 2010. This means that you must have purchased a home by April 30, 2010 and must close on that purchase by June 30, 2010.

Besides the extension their are other major changes that should not be overlooked.

Expansion of the tax credit – The homebuyer credit is no longer limited to first-time homebuyers. Homebuyers who have owned a home for 5 of the last 8 years will qualify for a tax credit of as much $6,500. The 5 years of ownership must be consecutive years and the home must be the buyer’s principal residence. The credit is available for purchases made after Nov. 6, 2009 and before May 1, 2010.

Dependents of taxpayers under the age of 18 do not qualify for the tax credits.