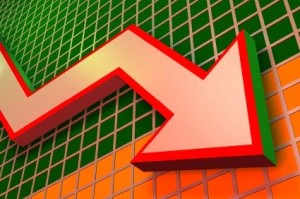 The recent economic crisis has seen multiple records set, unfortunately most records are being set in the wrong direction.  The third quarter of 2009 was no exception.  The months of July, August and September saw a 5% rise in the already staggering foreclosure rate in the U.S.

Arizona and California are tied for the Nations highest foreclosure rate.  1 in every 53 households in the two states were in foreclosure during the quarter.  Florida, Idaho, Utah, Georgia, Michigan, Colorado and Illinois round out the top ten respectively.

Despite high foreclosures the housing market has seen some stabilization in recent months.  Prior to the end of Q3 there had been 5 straight months of growth in the sector.  Some economists say that the stabilization may be allowing lenders to work through their excess inventory and as a side effect, increasing the total foreclosure filings.

The future still looks uncertain as many predict foreclosure filings to continue to increase into 2010.  This may continue to put a downward force on the prices in the housing market.  Some economists predict the market could fall another 10% before hitting a bottom for good.