Dave Ramsey Is Back On The Air In Phoenix 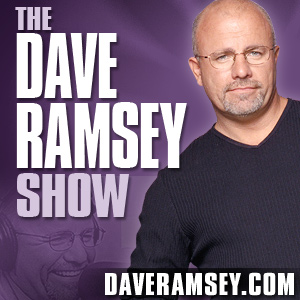 After a brief hiatus, one of the biggest financial advisors in American returns to Phoenix.  Not only is Dave Ramsey back in the Phoenix metropolitan area, but he has made a few upgrades to his radio show.

Dave Ramsey, who has been on the radio for years on AM stations is now making the transition into his first valley wide FM radio program Monday October 19th.   The Dave Ramsey Show will now be on KTAR 92.3 from 10 PM to 1 AM following Mac and Gaydos, and Joe Crummey.

Ramsey’s syndicated radio program The Dave Ramsey Show is promoted with a tagline that “It’s about life and money,” and it is heard on over 400 radio stations throughout the United States and Canada, as well as on XM and Sirius satellite radio. He has written numerous books. His books and broadcasts often feature a Christian perspective that reflects Ramsey’s own religious beliefs. Ramsey was named the 2009 Marconi Award winner for Network/Syndicated Personality of the Year

Remax Alliance Group and The Reeves Team are excited to hear that The Dave Ramsey Show is back.  For over 9 years we have partnered with Dave Ramsey to help family’s improve their financial situation through the purchase or sale of a home.

Glad to have you back Dave.