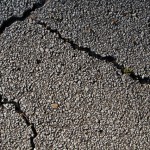 According to a report in today’s East Valley Tribune, the Chandler City Council is considering raising its secondary property taxes to pay for upcoming bonds that are intended to be used for road repairs and other municipal projects. The current rate is .84cents per $100,000 in evaluation rate. If the rate increase is passed the rate could go up to .97cents.

Current projects that are scheduled to be completed in the next two years are not at risk, but unless more revenue is generated projects in 2011-2012 could be in jeopardy. The cause to the current funding problem is the large drop in property value over the last couple years. With value down, tax revenue is coming up short of what is needed.

The two projects that seem to be in the most dangerous position of being cut are repaving of old roads and the widening of Gilbert Road from Queen Creek Road and Hunt Highway. The scenario most likely to be adopted by the Council would increase Chandler’s secondary property tax rate for six years then return it to the current level after growth recovered.