Latest update on the house tax credit in the “Stimulus Bill” 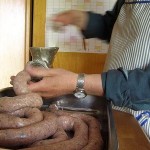 At our office meeting this morning there was a lot of talk about the on-again, off-again tax credit in the stimulus bill so I promised a couple of the agents there I would research it when I got back to the office and post an update. Here is the latest. Yesterday the AP was reporting the tax credit was completely removed from the final version of the bill, then word came last night that said it was not removed, but reduced.

After reading more about it online one thing because clear, the old making laws is like making sausage is true. I contacted one of my old political buddies who works on the Hill and he did some quick research for me. Here is what the latest version is to the best of his understanding. He told me they have not even seen the final version has not yet been distributed to Republicans so he is going off what he has heard. In other words don’t take this for gospel.

Again this is not gospel, just the best information we have at this time. As new information is clarified we will bring it to you.